Show Me Your Genius

"Genius is the ability to put into effect what is on your mind."
F. Scott Fitzgerald

UPDATE: After reading this piece, please check out the second posts in this series: "Genius Hour: An Update."

In modern-day education, choice is not often relegated to the students (or the teacher in some cases.) But what if choice about what was learned was given to the students? Would they be more engaged and take accountability in their learning? Or would they run amok?

After engaging in a Twitter chat in mid-March, I learned about the concept of Genius Hour. For those of you who have never heard of this, it is based on Google's 20% Time, wherein employees are to use part of their work week on a passion project. This has become a major movement in education. I decided to give it a whirl.

After selecting the last hour of the day on Wednesdays, my class and I launched into the process. The first day they brainstormed topics. I told them that it could be anything that was school appropriate. "Mr. B, does it have to relate to Virginia Studies?" I was asked. "Nope! It can be anything you want to learn more about." I also dropped a mind bomb on them - this project would not be graded. I asked them if it should change their effort level, and thankfully they said no. The students put two potential topics into a Google Form and I approved one of them. Topics ranged from Civil War battles, to pyramids, to sports, to Kid President, to science and animals, and many more. One student even chose me as her topic!

The following day, we set expectations, outlined a calendar, and discussed note taking. Our expectations were:

The students came up with expectations 2-4, and I insisted on number 1. I felt they would maximize their time best if they had objectives to meet each day. They set their own objectives and adjusted accordingly. We set up a rudimentary notetaking system: the notecards needed the website they found it from, the date, and the words summarized in their own words. This effectively acts as a lead in to later research projects in middle and high school.

We allotted a few weeks for research, a few for project building, and a few for presentations. As the year progressed and our state testing began, we had to tweak the schedule. All the presentations were condensed into one day rather than three days, but we still had plenty of time.

The students loved Genius Hour! They often asked me if they could work on it in free time (yes!) and at home (absolutely!) Wednesday afternoons were held sacred; it was a travesty if we had to cancel for some reason.

My biggest fear going into it was that the students would hear it was not a grade and just blow it off. They surprised me and did the complete opposite. I would venture to say they worked harder on this project than any other project. My involvement was minimal in the entire process. I very rarely had to intervene for behavioral reasons (due to their motivation and engagement) and just helped guide them to helpful websites. This also led to a good discussion of the value of .gov/.edu sites versus Wikipedia, another lesson that will serve them well in life. I would keep track of time for them and provide technical support along the way. The nice thing was that once I taught one student on different Google Drive or research tips, I could direct other students to that student for help. Essentially, I was a ghost on Wednesdays from 2:00-3:00 (ghosts was another topic!)

The students came up with various different projects. The most popular one was a Google Presentation. Students worked with each other to edit the text and format their designs. One student added in transition effects between slides, which I had not even taught him to do. I was very impressed with his drive to find more about Drive.

Aside from Presentations, some students made dioramas/models. The students completed these both in class and at home, and created some incredible models! Other students made traditional posters and some simply read an oral report to the class. No one project style was the same, nor was any one better than the other. The wide variety of choice allowed all students to shine.


On presentation day, I went in "volunteer order." Amazingly, all but four students voluntarily presented before I had to start flipping coins for the next group. This is a huge shift for our class, who didn't start out as completely comfortable presenting in front of each other. Students seemed to enjoy running the SmartBoard and presenting their new found genius. Many students presented without a script, which was impressive in and of itself. You can watch all of their presentations to the left.

I added in a question/answer segment at the end of each presentation. This helped to show the full understanding of their topics and helped me to learn more about my students and their interests. The most commonly asked question was, "Why did you choose that as your topic?" The answers were all very similar:

"Because I knew something about this
and wanted to learn more."

That is the kind of attitude I want to foster in all my students. Have some background knowledge and the desire to expand upon it. This innate love for learning and curiosity will serve them well in life, more so than any test or mandated curriculum will.


My 2015 Fourth Grade Geniuses and Topics: 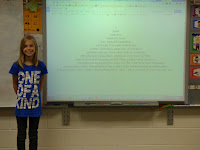 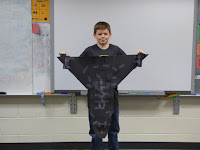 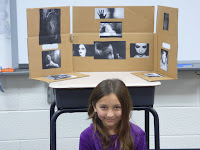 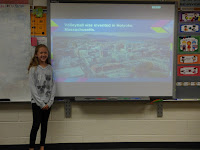 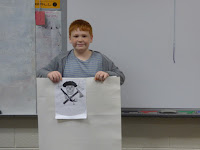 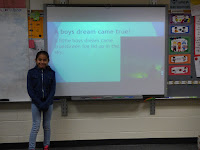 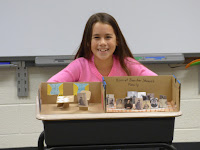 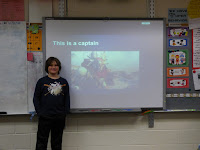 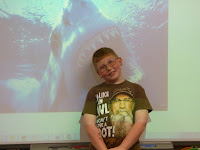 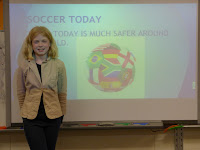 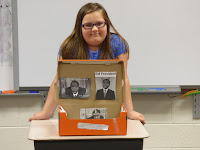 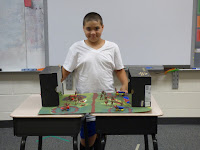 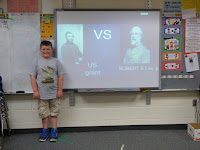 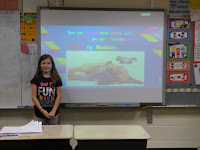 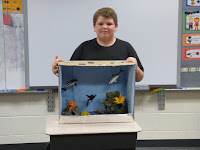 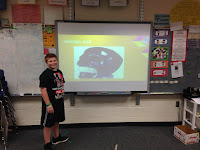 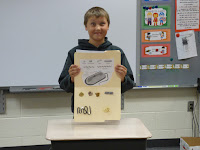 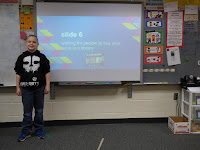 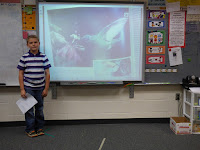 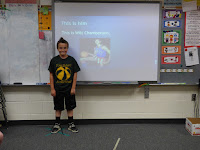 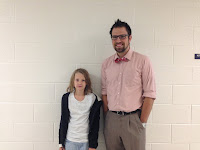 Have you ever tried Genius Hour? If so, what were your major takeaways? If not, what's stopping you?
Posted by Justin at 11:34 AM